🍪 We use cookies to offer you a better experience and to analyze website traffic. By using this site, you consent to the placement of these cookies. Learn more Got it!
Login Register Home
About Contact Advertise With Us
Blog Home
Getting Pregnant
Pregnancy
Postpartum
Parenting
Baby
Toddler
Preschool
Youth
Young Adult
The ABC's
Product Reviews
Health and lifestyle
Forum Podcast Confessions Amazon Shop

Welcome to Your Parenting and Support Community

My personal story regarding body dysmorphia and an eating disorder

I am not going to lie this is a really touchy subject for me as I have struggled with my body and appearance my whole life. Growing up in the 90's and early 2000's as a girl was really rough and it was a time where the media and society basically said no matter what you were fat. I remember spending my days writing in my diaries about how badly I wanted to be skinny like everyone else and if I was skinny I would have ALL OF THESE BOYFRIENDS. Now I know looking back that seems silly but my mindset back then was that is all I needed and wanted was for someone to want me. I remember when I hit puberty and all of my curves came in and it completely wrecked me.

I was super young when I started puberty so not quite into middle school so once I started middle school I was super insecure of having curves and body fat. As I got older the media got worse and of course having body fat was frowned upon. I felt like I was constantly looking for that validation from someone that I looked good, that someone thought I was attractive. Now as a middle schooler that should be the LAST THING on anyones mind. It got worse as I entered high school.

I tried really hard not to let it control me, my weight. But it did. I would have crushes on EVERYONE. I mean come on I was a teenager anyone who looked my way I thought was cute. I remember constantly being told "You are fat, I would never date you because you are ugly" on and on. Super brutal. So I basically gave up trying to "be myself" like my grandma used to tell me to be and I discovered throwing up. Now this is super touchy for me as it is something that took me a long time to finally tell people but I genuinely believe that being honest and letting others know that they are not alone is a big part of growing and healing.

So I did. Starting in the 10th grade I started throwing up. It was super casual and not often but I would have really bad eating habits and binge eat out of depression because my home life was garbage and then I would find a way to sneak off and throw it up. I remember feeling faint all the time and I had to remind myself "This is the only way" and I get super teary eyed writing about it now because it wasn't something I should have been doing at 16 years old. I should have been hanging out with my friends and being a kid but I wasn't.

I was obsessing over the way that I looked to a point of belittling myself if I ate ANYTHING. I never really lost much weight and that was actually really hard on me because that was the whole point. I heard that you would get skinny and I knew that being skinny was the only way to be accepted by anyone and it as not working. I later realized it was because of my body shape and curves etc that I could get super thin but the way I was shaped I would just look more "mature" and I didn't want to.

Fast forward a few years I was still struggling with binge eating due to my depression and then throwing up because I was eating so much and it was a lose lose. I hated everything about myself and nothing I was doing made it any better. I finally stopped throwing up around the end of senior year but unfortunately I picked it back up in my mid 20's for a few years after I had my first son. It took having my second child in 2012 to realize that it wasn't something I NEEDED TO DO that it was okay to lose weight in a healthy way. As I got older my mindset changed I learned that it is OKAY to have body fat, to be curvy and to eat that society sadly will always play a role in body shaming. But ultimately at the end of the day I am who is supposed to love me and it has taken me a long time to recognize that.

I battled with thoughts for YEARS. Well I mean I could easily throw this up, it's just once. But I knew DEEP DOWN once I went down that path that I wouldn't stop. That is something that I really had to work hard on in therapy, trying to CHANGE the way I thought about my body and the "what if's" of eating.

As a woman in my almost mid 30's I have struggled with SO MUCH body dysmorphia. Obsessing over what I am supposed to look like vs how I am supposed to feel and that has been something I have been so passionate about lately. Letting others know it is okay to be who you are as long as you feel good. Having an eating disorder really did a number on me mentally because even though I was an adult at this point I still ALWAYS thought about it. The thoughts of "well I need to lose a few pounds, it's only a few times, etc" I knew how it made me feel then but sadly it would still cross my mind. I have come a long way after years of fat shaming myself, forcing myself to throw up in HOPES that it would please other people and battling what is and what isn't acceptable for a body type.  I WISH I could go back and tell my younger self "IT ISN'T WORTH IT STOP"

The one thing we need to understand is as we get older our bodies change a LOT. Like a lot. WHICH IS OKAY. We have children and things shift and move. We get older or our body starts to begin to shape differently and we gain weight, we lose weight and that is OKAY. It is okay to be who you are as long as you are happy with yourself and feel comfortable in your skin. I used to think that having body fat meant that I was unhealthy and I learned that is NOT at all true but growing up with that mindset it STUCK. I have worked hard to remind myself that I am not here to please society.

My body isn't HERE to look good for others. My body has done incredible things to bring humans into this world. It has stretch marks, I have saggy skin on my stomach. I have plenty of dimples and at the end of the day I am okay with that because I have learned that I AM HERE to love me and if I focus too much on hating the way I look it will only consume me.

One day at a time my friends. You are so important and beautiful the way you are. I know right now it may not seem like it but the way you view yourself is so important, how others view you SHOULD NOT matter. You are beautiful never forget that. If you feel you must change for someone, they aren't meant for you.

Samantha is a mother of three who has a passion for childbirth, educating others and motherhood. She loves Target, Dutch Bro's and thrifting. She enjoys writing about everything that is real and relatable.

Make a cup pot of coffee and stick around for a while.

Quality time as a family during h
Samantha | 12 mo ago

Anything goes with Samantha Episo
Samantha | 1 year ago

baby books
Amber | over 1 year ago

Baby food
Luca | over 1 year ago
Amazon Shop
My Cinema Lightbox with 100 Letters
All Are Welcome by Alexandra Penfold
The Book of Two Ways: A Novel by Jodi Picoult
Podcast

i wonder when i will ever feel worthy. i can't find my self worth no matter how hard i try.

Sometimes I wish I could have enjoyed myself before marriage. I love my partner but is it wrong that I feel like I missed out?

my mother-in-law drives my absolutely crazy! 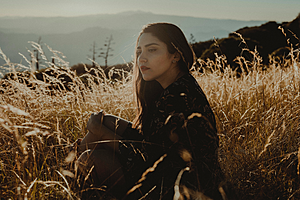 is what i am feeling normal? and when will it get better? 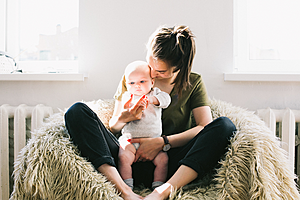 To the new mom who feels lonely right now, give it time 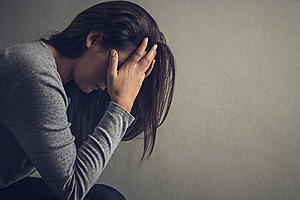 YOU are in charge of your own mental health, grow and heal because you are worth it.

Becoming an individual again and letting go of that parent guilt